Stay tuned for more details coming your way!  It will be posted sometime in September! 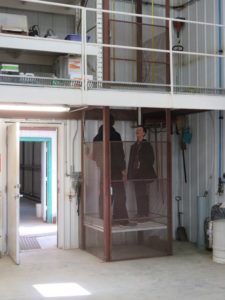 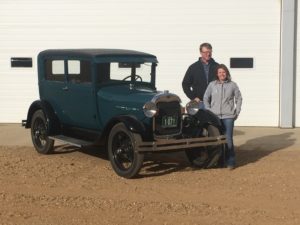 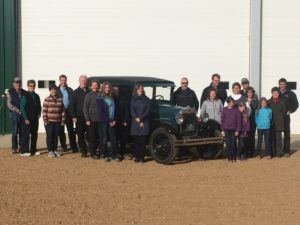 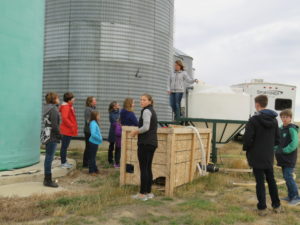 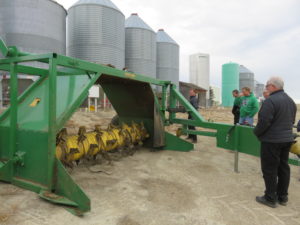 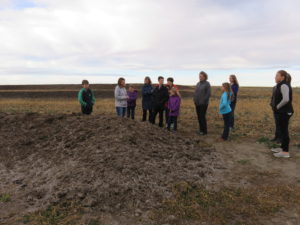 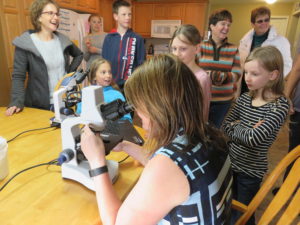 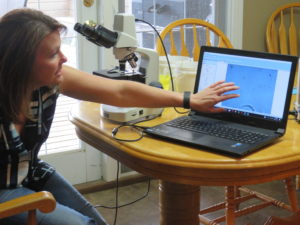 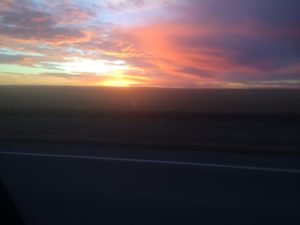 Saturday, October 28, began as a crisp fall morning, promising a day full of prairie sunshine and some balmy temperatures in the mid teens, on the positive side that is.  It would turn out to be the last nice fall weekend before the freezing cold would settle in and the winter snow would fall the following week.

A dozen alumni gathered together, with some other junior and senior family members, at our first stop on our annual tours, at Brent and Pam Sattler’s farm, (1994 Alumni), at Milestone, SK.  Pam served up a fabulous lunch for our crew, and then we all went out to tour their grain farm and seed cleaning facility.  We were also treated to a ride in their refurbished 1928 Model T Ford!

We then went on a long trek, just over an hour drive, and almost landed up visiting Donald Trump.  We stopped 20 km short of stepping on the American soil, to view and visit our present honourees, Derek and Tannis Axten’s farm operation, near Minton, SK.   Anyone who thinks the prairies are flat, has to make a trip to the Axten’s to take in some of the hills they have to traverse to seed and harvest!  True to OYF innovative spirit, we were educated in how to get something to grow in a sandy, dry, almost desert like area.  With only 1 ¼ inches of rain all growing season, you can imagine that anywhere would be a challenge to grow crops!   The Axten’s knowledge of soil enhancement and health through composting and applying homemade manure teas and cover crops, the attention given to detail in reducing the soil compaction from their equipment, and their attention to the living organisms in their soil biology was both informative and exciting to see on a large scale farm.

After the tour, we then trekked back up to Regina (almost right past the Sattler’s again, maybe we should have car pooled!), for our fall dinner and meeting.  We then were privileged to view the Axten’s Powerpoint presentation they are preparing to show at Nationals.