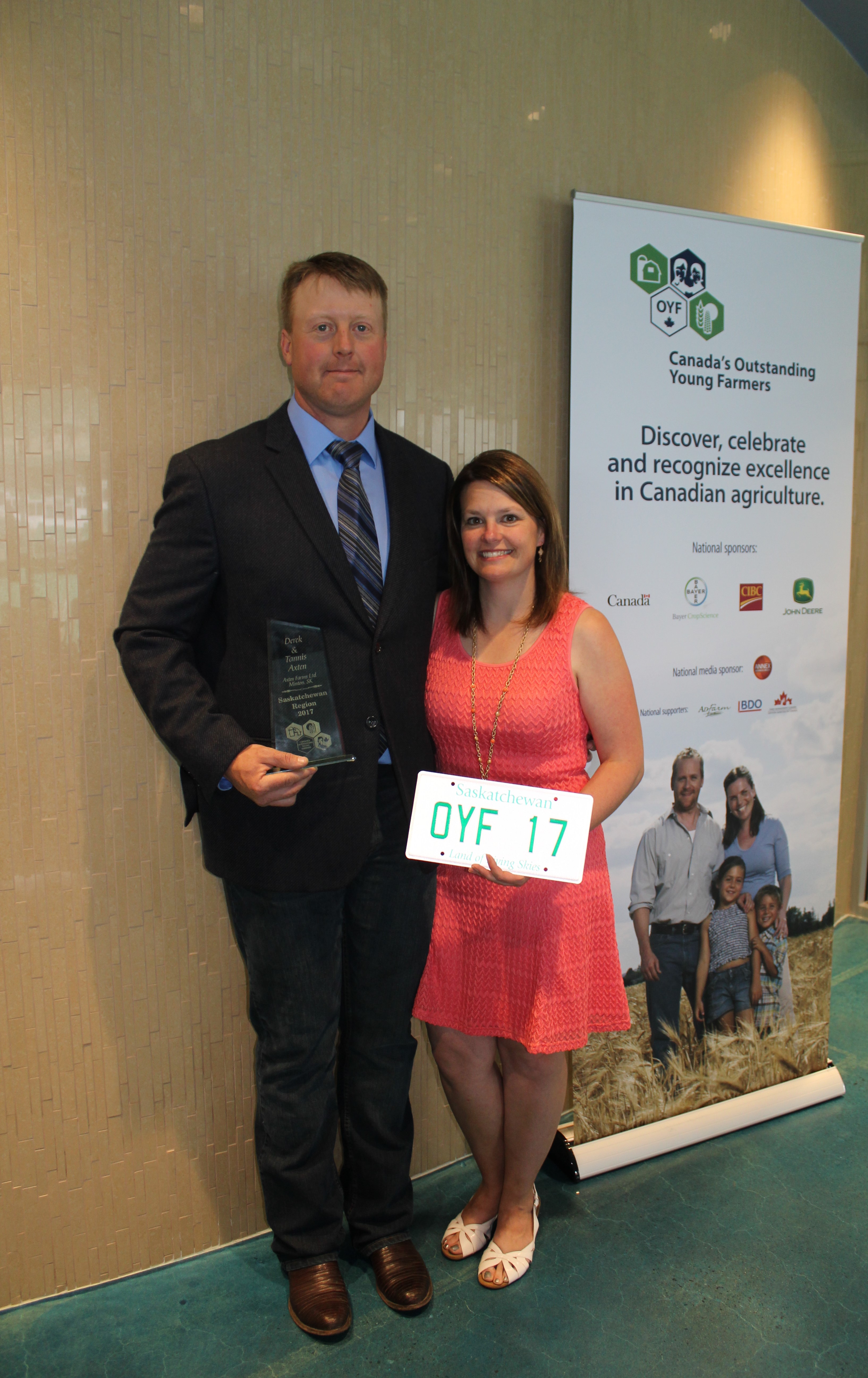 Derek and Tannis are grain farmers from Minton, Saskatchewan with a passion for improving their greatest resource…soil!

Derek was raised on Axten Farms, and after completing his diploma in Farm and Ranch Management at Olds College, Derek moved back to the family farm, to take over as the third generation operator.  Tannis attended the U of R and received her Bachelor of Education majoring in Biology.   In 2002, Derek and Tannis were married and moved onto the farm yard site.  Derek has taken over managing the farm from his father, and Tannis, while doing some substitute teaching, also helps manage the farm.  They have also added a fourth generation to the farm, Kate and Brock.

After farming for a few years, Derek and Tannis became frustrated with dry, depleted soils and they sought out for innovative ideas to improve their farm.  While attending many workshops and conferences they met many farmers and scientists who taught them to change the way they looked at farming.   This led to their journey towards soil health and regenerating their farmland.  Learning about how soil functions and soil biology, has renewed their passion for farming, and improved the farm’s productivity.

Derek and Tannis operate a no-till farm and have improved their soil health by seeding intercrops, companion crops and cover crops.  Increasing their plant diversity and intensity is feeding the soil biology, which in turn is regenerating the land.  Improving soil health has allowed them to reduce synthetic inputs, increase water retention and build organic matter.  They have also implemented controlled traffic farming and grazing into their farming system.

Derek and Tannis are excited about what they are doing on their farm and still have many new ideas they plan to try.  Derek enjoys sharing their successes and failures with others throughout Western Canada and the United States, with the hopes of inspiring others to regenerate their farm’s soil health.  They also enjoy being involved in the community 4H club, church, farming for the future project, swimming pool board and volunteer fire department. 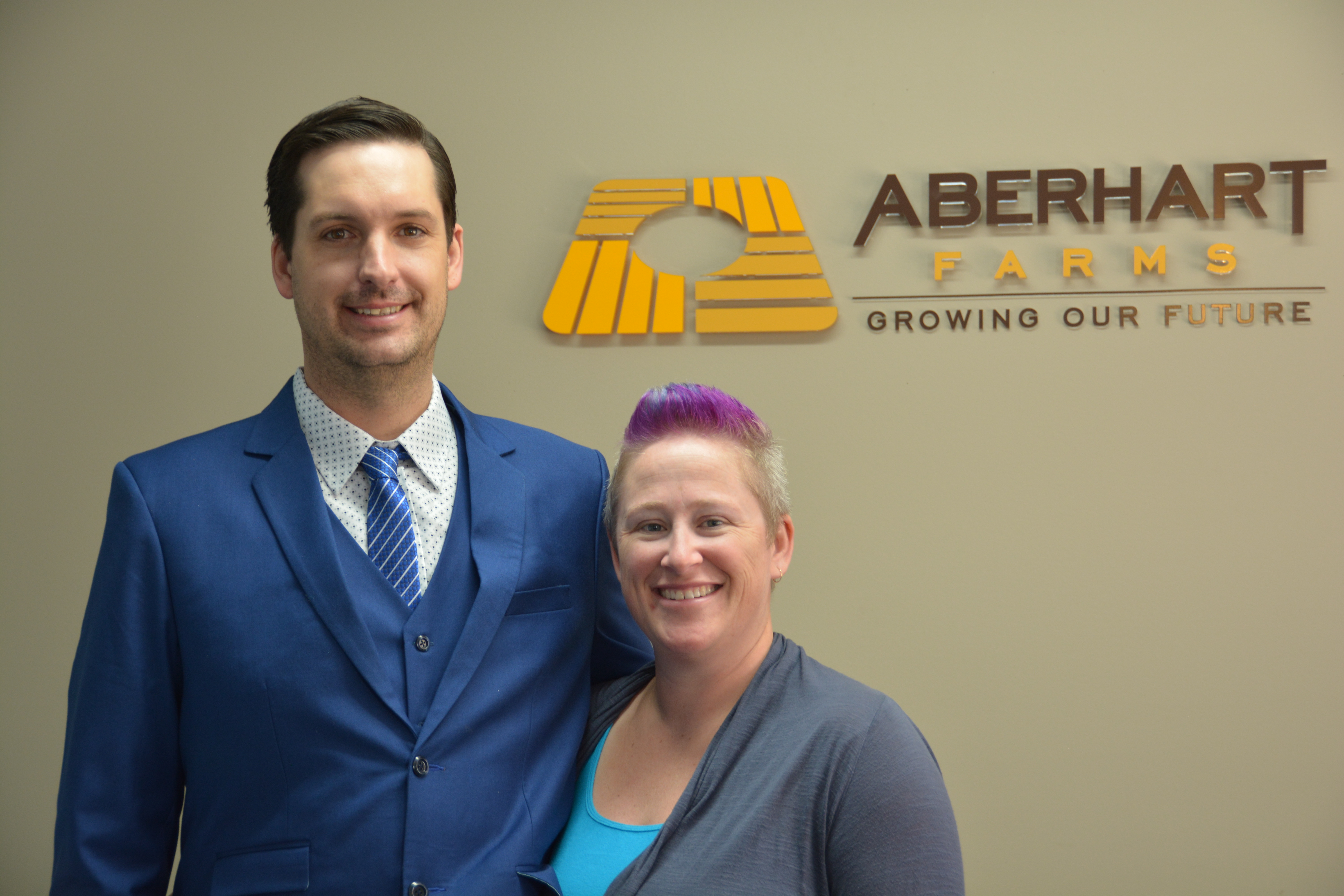 From early childhood Terry has always had a passion for the farm, agriculture and entrepreneurial growth. He worked several years in the agriculture service industry, before returning to his family farm to manage both the farm operation and custom spraying business. Terry founded Sure Growth Technologies Inc. providing professional agronomy consulting affiliated with Agri-Trend and became an Agri-Coach in the fall of 2005. In 2009 Terry received the Business Builder of the Year award, and in 2011 and 2012 was voted MVP Agri-Coach of the Year award from Agri-Trend.

Terry has had a strong focus in the areas of precision agriculture, advancing agronomy and leveraging new technologies. He has worked in the industry and extensively on his family farm, developing precision technologies, farm research, technology and data management. He is always very eager to push the boundaries of technology and agronomy, and innovation in the agriculture community. He loves agriculture, working with the farm team, and building a culture supported by family and community to continue to grow a sustainable farm future for the next generation. He loves spending time with his wife Lichelle, daughters Sarrikah and Asceline and son Holden. He appreciates the time he gets with friends at the lake and snowboarding in the mountains. He enjoys new experiences and cultures he is introduced to while traveling and helping those in need.

Lichelle grew up in the French farming community of Lorette, MB. Lichelle and Terry met as teenagers while counselling at Jackfish Bible camp. She married Terry in 1999 and jumped right into the farm life. She started her farming career as a stone picker, graduated to the harrows, then the grain cart, but once she was taught the mighty combine there was no turning back! In April of 2014 she received her Class 1 license. She now hauls seed and fertilizer during seeding, helps with spraying operations and running combine in harvest. She organizes the meals during harvest and raises 3 kids who are involved in a few things. Lichelle is involved in the strategic business planning and management of the farm operations. She has built a hop yard and grows 7 varieties of hops. She is also very involved in the community along with working off the farm during the winter. She enjoys gardening, the outdoors and spending time with family and friends.